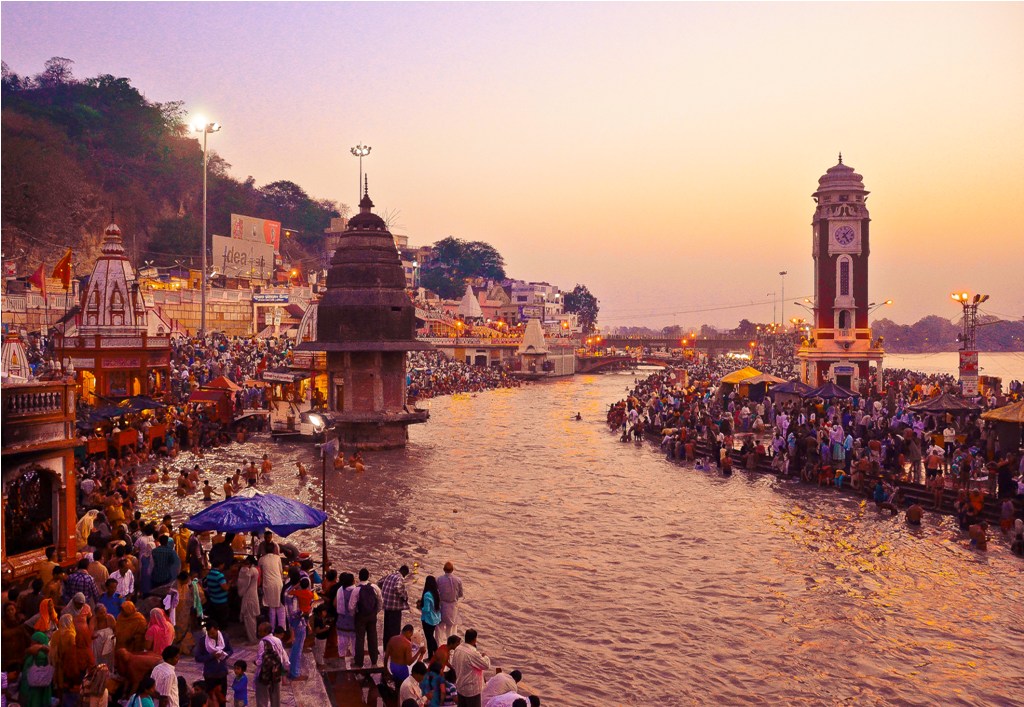 04 Sep THE GANGES | A DIVINITY IN FLOW

Posted at 12:18h in Blog by admin 0 Comments
Share

The Ganges or the Ganga is no ordinary river. Instead she represents the essence of civilization, form of culture and substance of a faith. She is in fact, a way of life, a living goddess. She is one of the most enduring images of the country.

It is one of the major rivers of the Indian subcontinent, flowing east through the Gangetic Plain of India into Bangladesh. The 2,510 km river originates at the Gangotri Glacier in the Indian state of Uttarakhand, in the central Himalayas, and empties into the Bay of Bengal. Haridwar, 214 km northeast of Delhi, is at the base of the Shivalik hills. Here the mighty Ganga comes down to the plains of India from the Himalayas. Literally translated, Haridwar means the ‘Gateway to the abode of the gods’.

The religious significance of Ganga River is established at the origin itself. The Hindus religiously worship the river. Situated on the banks, Haridwar is considered to be the most holy city in Hinduism. People travel from distant places to immerse the ashes of their kin in the waters of the Ganga. Hindus consider the waters of the Ganges to be both pure and purifying. What the Ganges removes, however, is not necessarily physical dirt, but symbolic dirt; it wipes away the sins of the bather, not just of the present, but of a lifetime.

The Ganga Aarti in Hardwar is one of the famous rituals. It starts after sunset, with large crowds gathered around the banks of a canal that carries the waters of Ganges. The time of Aarti sees a bustle of activity on the ghats. Thousands of leaf boats laden with flames, flowers, and sweetmeats are offered to the river and they flow with the current to the sounds of the bells and bhajans and shlokas recited during the aarti.

The strength of religion can easily be seen in Haridwar.

The Ganges, beloved of her people, round which are intertwined her memories, her hopes and fears, her songs of triumph, her victories and her defeats. She has been a symbol of India’s age-long culture and civilization, ever changing, ever flowing, and yet ever the same Ganga.

The Ganges to me is the symbol of India’s memorable past which has been flowing into the present and continues to flow towards the ocean of the future.

An ancient writer has beautifully written:

I come as an orphan to you, moist with love.
I come without refuge to you, giver of sacred rest.
I come a fallen man to you, uplifter of all.
I come undone by disease to you, the perfect physician.
I come, my heart dry with thirst, to you, ocean of sweet wine.

The Ganges, above all, has held India’s heart captive and drawn uncounted millions to her banks since the dawn of history.

The Ganges View from Top depicts; If Music is a Place – the Jazz is the CITY, Folk is the Wilderness, Rock is the Road, Classical is a TEMPLE!!

A Hand with a Flame on it depicts; Silence is Prayer, Prayer is Faith, Faith is Love, Love is Service, The Fruit of Service is PEACE!!

Three men with opening prayer depict; the essence of civilization, form of culture and substance of a faith. She is in fact, a way of life, a living goddess.

Portrait of a lady on the haridawar Street depict; Expression.. Keenness on life… Curiosity even after hardly receiving anything from Life!!

A Sadhu with Red turban depicts; One is Healthy only to the Extent that his ideas are Humane!! 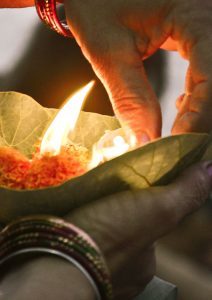 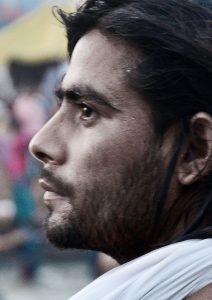 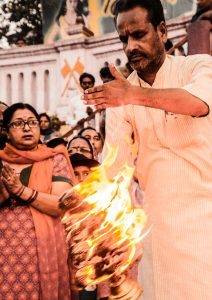 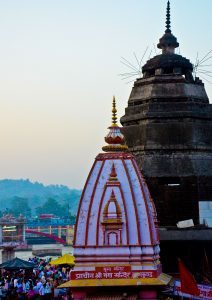 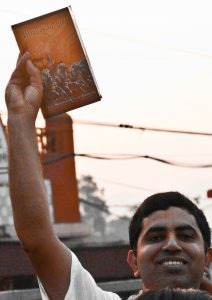 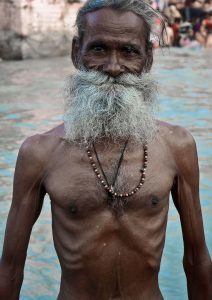 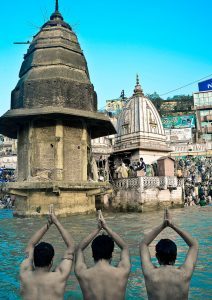 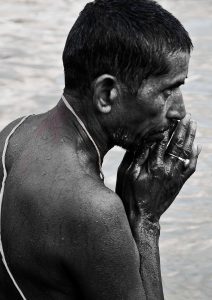 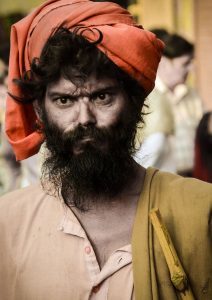 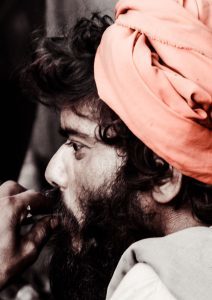 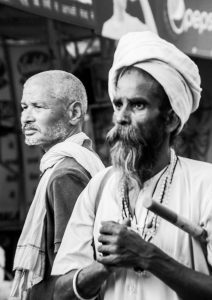 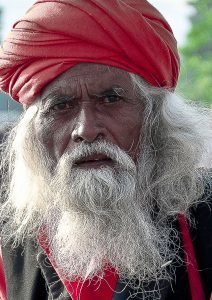 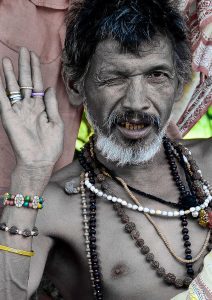