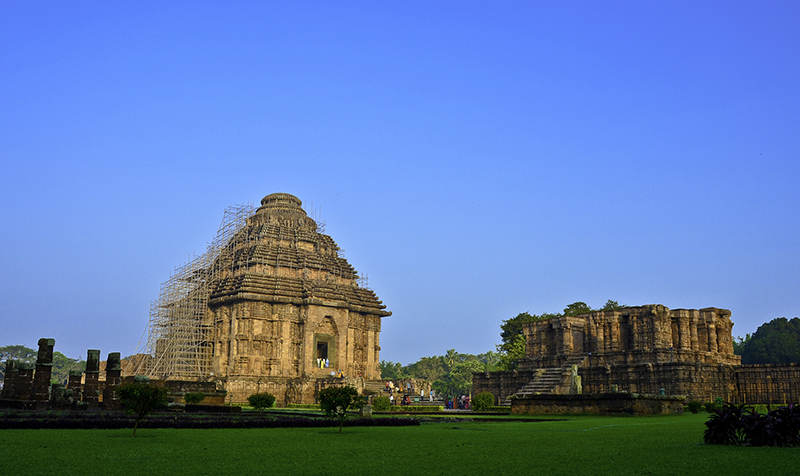 Posted at 12:57h in Travel by admin 0 Comments
Share

This is the famous hymn dedicated to the sun and sung by many Indian every day. In translation, it means: ‘Oh Sun, red-blooming and glorious like the Hibiscus flower, son of the Sage Kashyap, lord of magnificent lustre, destroyer of darkness and sin, I salute you. The lord who brings us a new dawn every day!

While traveling to Odisha, I visited an Architecture Marvel of Eastern India and a symbol of India’s heritage -BLACK PAGODA, commonly known as ‘Konark Sun Temple’ which is situated in the eastern part of Odisha India is always been one of the eminent tourist attractions. It was built by King NarasimhaDeva of Eastern Ganga dynasty in 1250 AD to commemorate his victory over muslims.

Power of The Sun

Historical findings show that many civilizations in the world worshipped the sun, a star that lights up the whole world. Many religious cultures hold the sun as the life-giver of the earth and the illuminator of human intellect. India is a home to the best sun temples in the world. The powerful Gayatri Mantra is a prayer to the sun’s power and luminescence which guides us to seek knowledge and illuminate our inner selves. Surya or Aditya was the celestial power that sustained all life on earth. The origin of Sun worship in India – and other countries like Iran – thus goes back to several millennia.

The word ‘Konark’ is a combination of two words ‘Kona’ and ‘Arka’. ‘Kona’ means ‘Corner’ and ‘Arka’ means ‘Sun’, so when combines it becomes ‘Sun of the Corner’ There are three images of the Sun God at three different sides of the temple, positioned in proper direction to catch the rays of the sun at morning, noon and evening. The shape of the temple is a big chariot representing the Sun God’s chariot. It has 24 wheels and 7 horses. It represent seven days of the week and 24 hours of the day.

Why Konark Sun Temple is called the ‘Black Pagoda’?

The temple is made up black granite and Black pagoda. The European travelers used to call it ‘Black Pagoda’ due to the colour of the temple when viewed from a distance. It was used as a navigational point by European sailors. The size of the temple is awe-inspiring. King Narasimhadeva, the great ruler of the Ganga dynasty had built this temple in 12 long years, with the help of 1200 artisans

The sun temples of India, though partly in ruins, are unique and magnificent. The nostalgia they generate is so deep that standing in front of each of them, one is taken back in time to an age when temple building was an unmatched skill of Indian builders and architects. The grandeur of the edifices proves that even today, Indians have the ability to live in several ages – from the Vedic era to today tech-savvy age – with an inborn ease. They also prove that India has the world’s most valuable and unmatched treasure of heritage sites! 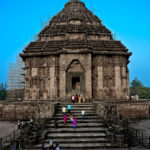 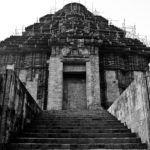 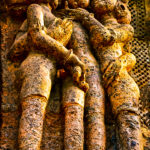 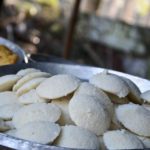